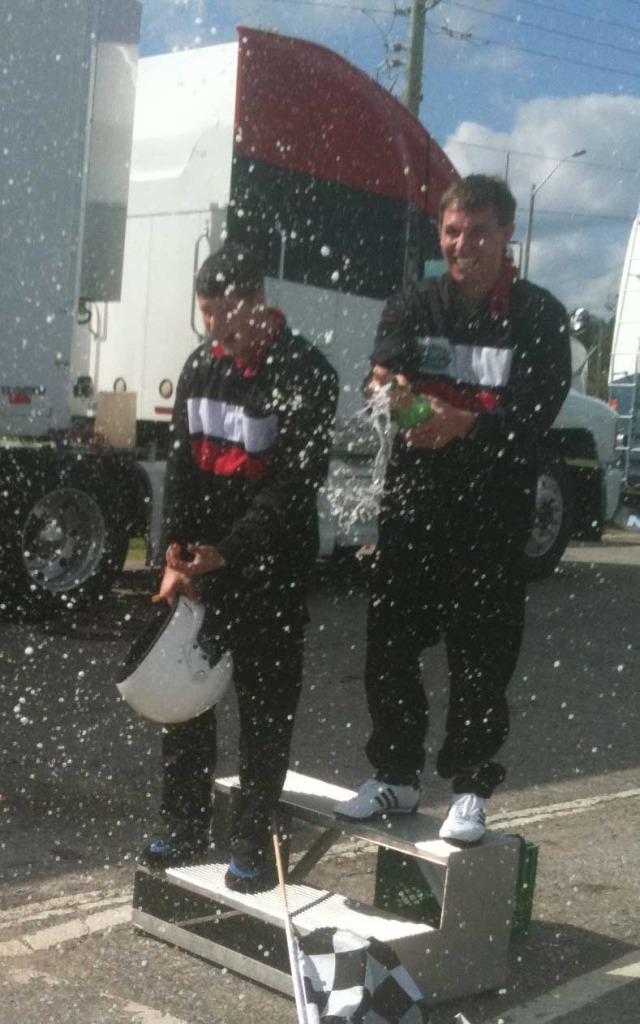 On August 26th, Wings and Slicks hosted Round Two of the 2011 Pursuit Series in Barrie Ontario at our Molson Center Complex track. The weather was a perfect 27 degrees and sunny.? The 12 driver line up began the day with a warm up session, followed by the qualifying round to determine positions for the double elimination with wildcard tournament. Each driver was guaranteed five rounds before elimination. Then we were down to the final two drivers who competed in the Championship Pursuit Race.

In the final Pursuit Race, Michael Hosking came out on top with the win! He celebrated with a bottle of champagne and won a $100 gift certificate for his next visit back plus an invitation to the upcoming all champion Pursuit event!

There was so much driving time for every driver we had two drivers retire early due to physical exhaustion. A great memory for all participants who now have a new appreciation for the sport of Motor Racing.